"Ipanema-And When She Goes Walking...She Takes Her Dog and Water Bottle, too"

Can you get the song out of your head, now? A scene from Google Street View for the November Virtual Paintout challenge. I found these three on the beaches of Ipanema, Rio de Janeiro. The wide sidewalks, neat and clean, are eyecatching not only because they are wide, but patterned intriguingly. Imagine walking on these. When my husband first saw this, his comment was, "Muscle Beach", from his seeing this design in CA, USA. Will have to see if Google gets this close to Muscle Beach, just south of Los Angeles.
I was attracted to the girl walking her dog when suddenly I spied the dog carrying the water bottle. That clinched it for one of my selections. (Click on pic to enlarge it to see what I mean, really funny.) On another stretch, I was attracted to this buff young man. So, I put them into one composition. I liked the contrast of dark against light.
Technique Tip: I put the wastebaskets in this comp because they are representative of the placing of these all along this mile after mile stretch of public beach area (which makes for the tidy beach), and they were red. I wanted to use them to make a third red area along with the red leash and the itty-bitty red swim suit. One good color technique/composition-wise: always have an odd number of places for any color used (other than 1, that is). Also another tech.tip, odd number of objects/things: i.e.: man, woman, dog, bird, wastebaskets (considered one unit).

"If you think dogs can't count, try putting three dog biscuits in your pocket and then giving Fido only two of them." ~Phil Pastoret
Posted by Ruth at 8:32 PM

If arriving from fb, click here to see other paintings on this Blog: http://bdycttdncr.blogspot.com


Website: http://ruthswatercolors.shutterfly.com/
On this website is a comprehensive collection of my art work. As well as the watercolors completed in the last four years, on successive pages, find work from past years: oils, other media, studies I've done of the masters, calligraphy, pen and ink, pencil and completed course projects during an intensive 3 year art course at George Kaiser's Art Studio.

Waltz Competition with John Clark-instructor and Me at NYC Hyatt (Many hours I shared with my husband, but we never competed together therefore no pix of "us".)

In the Spotlight - Foxtrot Competition 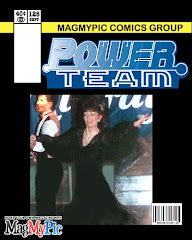